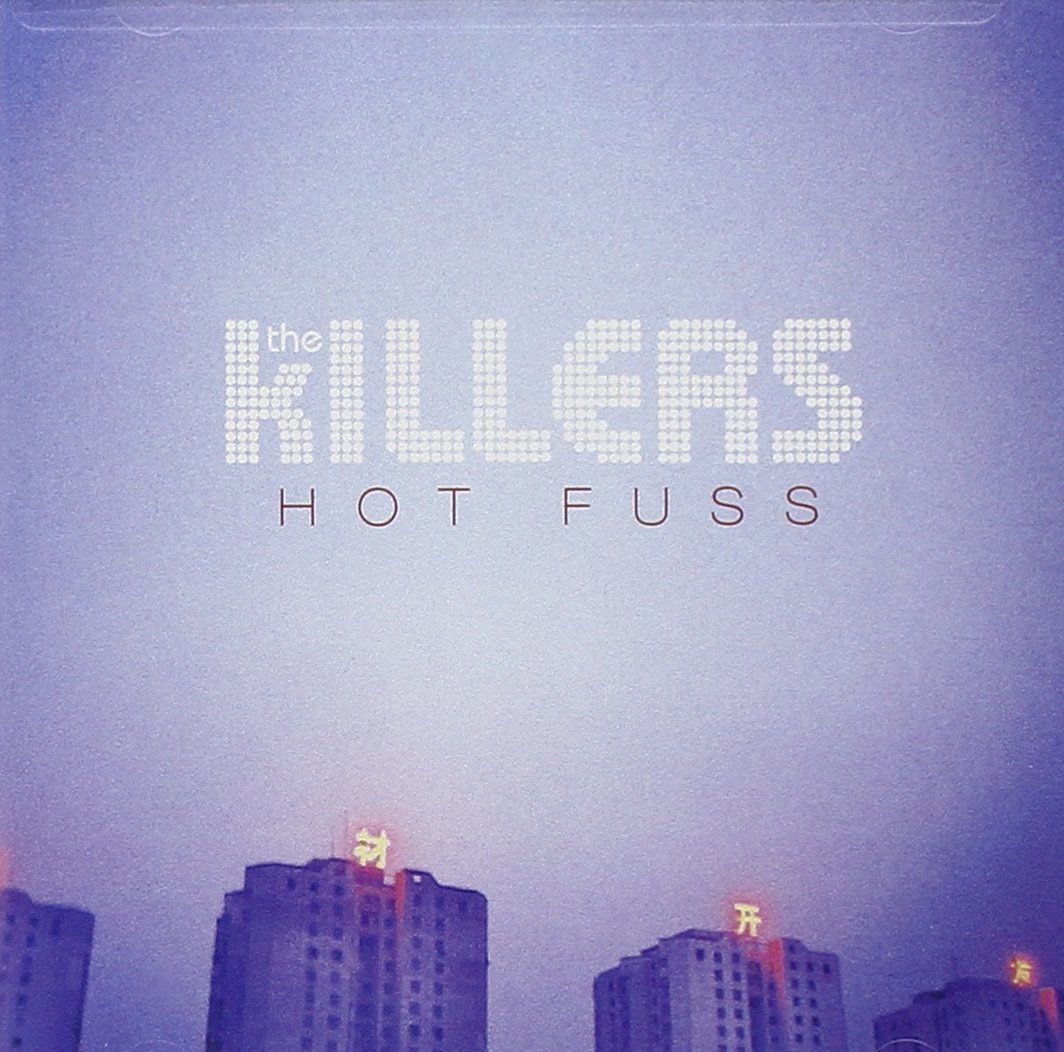 Hot Fuss features eleven nuggets of reel-you-in storytelling genius and musical nectar. These eleven tracks span from the "very Vegas Â like Ziggy came to town" first proper single release "Somebody Told Me";"Mr Brightside" - a tale of jealousy that depicts that moment in a relationship when you realize that your other half might be playing away and this thought takes up residence in your psyche feeding the worst fears and visualisations your imagination can then throw at you. YouÂll find two-thirds of a murder trilogy in "Midnight Show", which starts off harking back to "Lipgloss" before veering into far darker territory than old Jarvis would ever have flirted with, in Pulp days at least, and "Jenny". These two are connected by the story of a murder of a girl by her jealous boyfriend. The first part of the trilogy, "Leave The Bourbon On The Shelf", will, you can be sure, make an appearance at some point in the future. ItÂs a deliciously ambitious series that! belies the bandÂs tender years. Elsewhere, meanwhile: "On Top" celebrates where Brandon feels the band is at, while stalkerÂs tale "Andy YouÂre A Star" and "All These Things That IÂve Done," saw Flowers realise his dream of using a gospel choir in their recordings.

The Killers match postpunk guitars with a synthesizer overlay that recalls '80s New Wave without burying their sound in nostalgia. On their debut, "i"Hot Fuss, frontman Brandon Flowers plumbs his imagination for tales of murdered lovers ("Jenny Was a Friend of Mine," "Midnight Show"), voyeurism ("Mr. Brightside"), and sexual confusion (the single "Somebody Told Me"), Flowers and his mates are obviously canny students; the total effect is of a playacted obsession, but one made irresistible by their skillful, catchy songs. If there's an occasional misstep (the painfully earnest line "I got soul but I'm not a soldier" from "All These Things That I've Done"), it seems of a piece with the Killers' influences. As it is, Hot Fuss is one of several recent releases that bring a diverting faux glamour to the mainstream rock scene. --Rickey Wright

Brandon Flowers (yes, it is his real name) had been dumped by his one previous group, a synth-pop outfit named Blush Response, when he refused to move with the rest of the band to L.A. Cruelly ditched, but inspired by seeing Oasis play, he saw that his life needed more guitars. When he clocked Dave KeuningÂs small ad in a local paper naming that band as an influence Â and what with Oasis not exactly factoring in the pasty Vegas music scene Â he took it as fate that they should be together. Brandon and Dave met Ronnie Vannucci, a photographer at the Little Chapel of Flowers and student of classical percussion at UNLV, and Mark Stoermer, who was making ends meet as a medical courier (blood, urine, the odd body part Â all glamour). In between these couldnÂt-make-it-up day-jobs (Brandon, for the record, was a bellhop at the Gold Coast Hotel; whilst Dave garnered valuable training for his current all-the-ladies-love-an-axeman dilemmas whilst enjoying trysts with lady-shoppers at his Banana Republic job) the newly-complete Killers set to writing what we can assuredly state to be one of the most exciting debut albums youÂll have heard in a very, very long time. The band came to the attention of London-based independent label Lizard King, and they made their way over to the UK for their first ever gigs outside of Las Vegas and a limited edition release of "Mr Brightside" in September 2003. Those lucky enough to catch these first London shows came away pretty much unanimously enamoured ("A head-mashingly brilliant arsenal of tunesÂ Right now few bands are a safer bet than The Killers", glowed NME), while the groupÂs subsequent appearance at New York industry fiesta CMJ in October saw a swarm-sized buzz surround the band and a worldwide (ex-UK) deal inked with Island Records.

A notice if you have enabled 2-factor-authentication (2FA) on your account!


If you set up 2FA on your account, we would like to ask you to please log out and attempt to log back in.
If you do not receive a prompt for your 2FA code, please send an email to technical[at]bulbagarden[dot]net containing your username and the approximate time/date you enabled it.