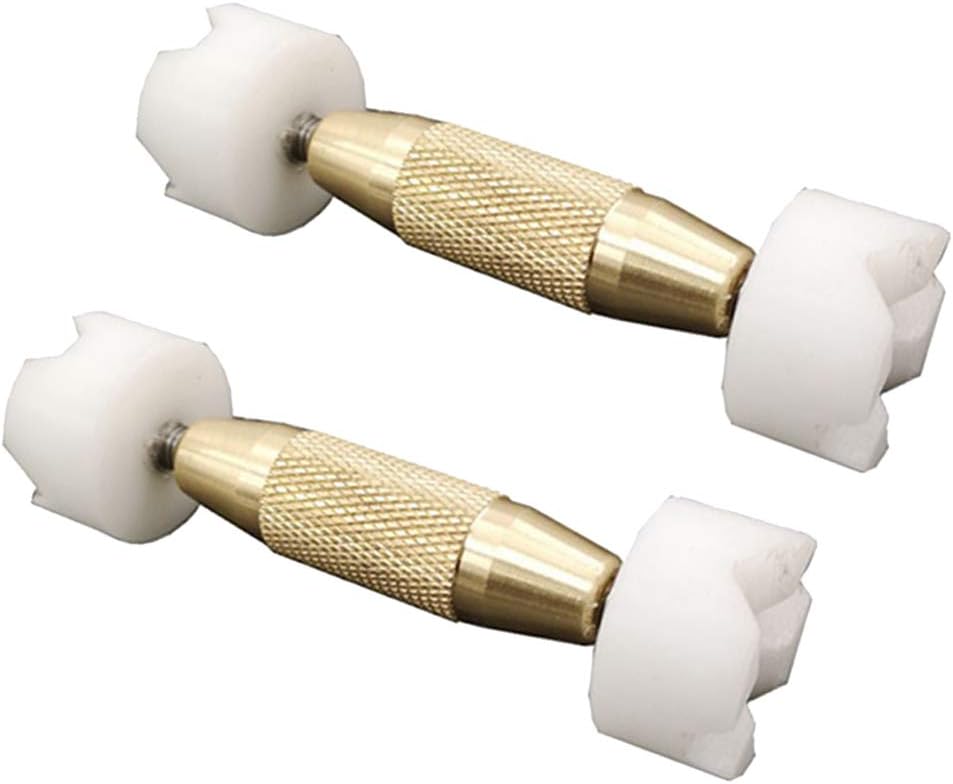 - Features a heavy brass body that stays put as you adjust the height, and sturdy machined brass threads (no wobbling)

- End caps are double-notched and fit the two most common brace profiles: the gentle slope of braces and the more triangular shape found on Gibsons

- Caps are made of glue-resistant high density polyethylene