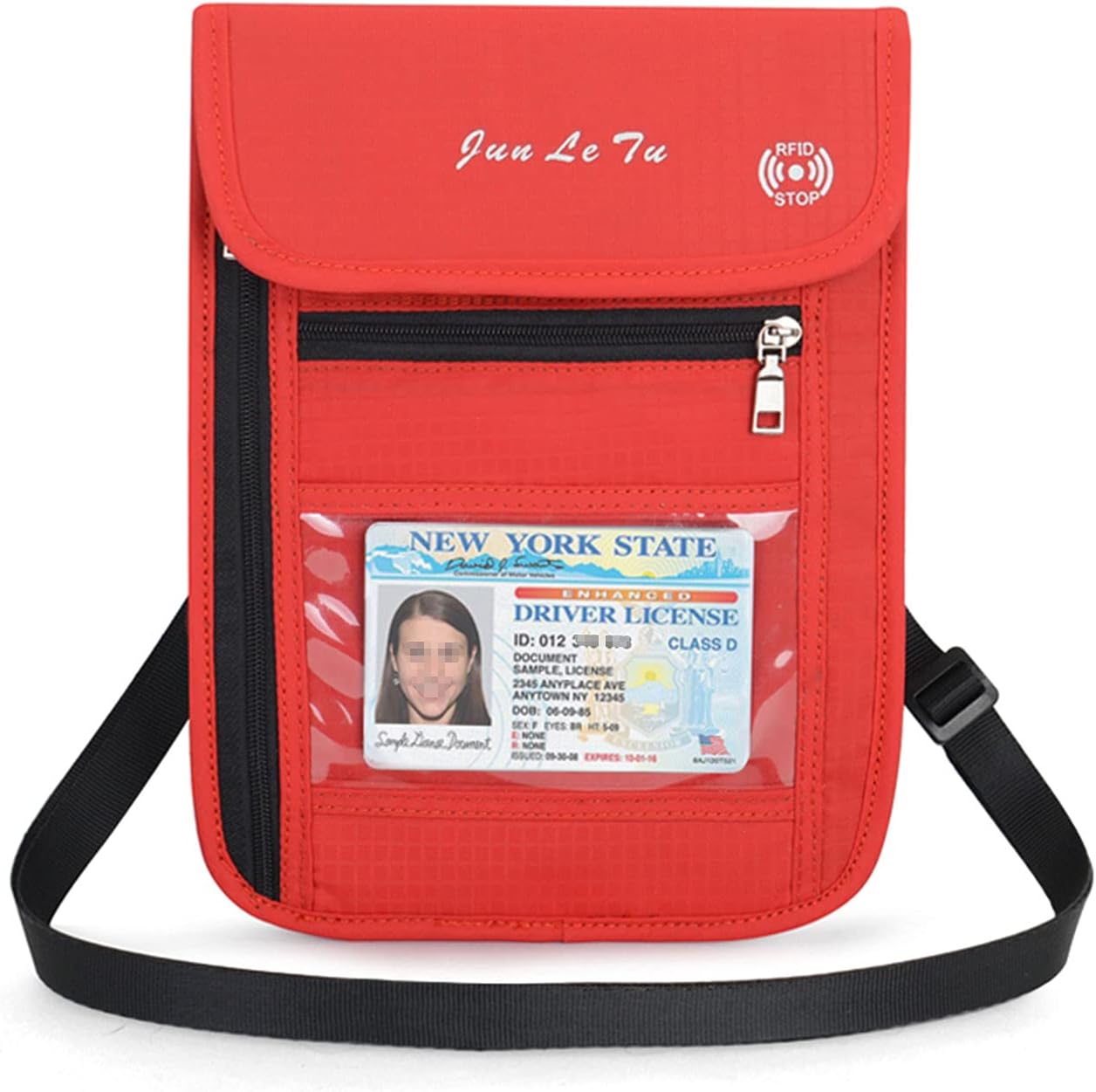 [Product Features] a multi-functional travel bag that is convenient to store, hide credit cards and easy to carry.

[Durable material] The travel wallet is made of tear-resistant nylon fabric, which can be washed and machine washed, light and easy to dry.

[Medium size] 6.3*8.3 inches . weighs only 3.1 ounces. Place different positions according to the characteristics of your object, which is very suitable for putting in a trolley case and does not take up space.

[Multiple pockets] 5 pockets of different sizes, some with zippers and some with hidden pockets. Vaccine card holders and passports can be put into transparent pockets and pass security checks easily. The zippered pocket can store cards and money. Hidden pockets can store electronic products such as mobile phones and earphones.