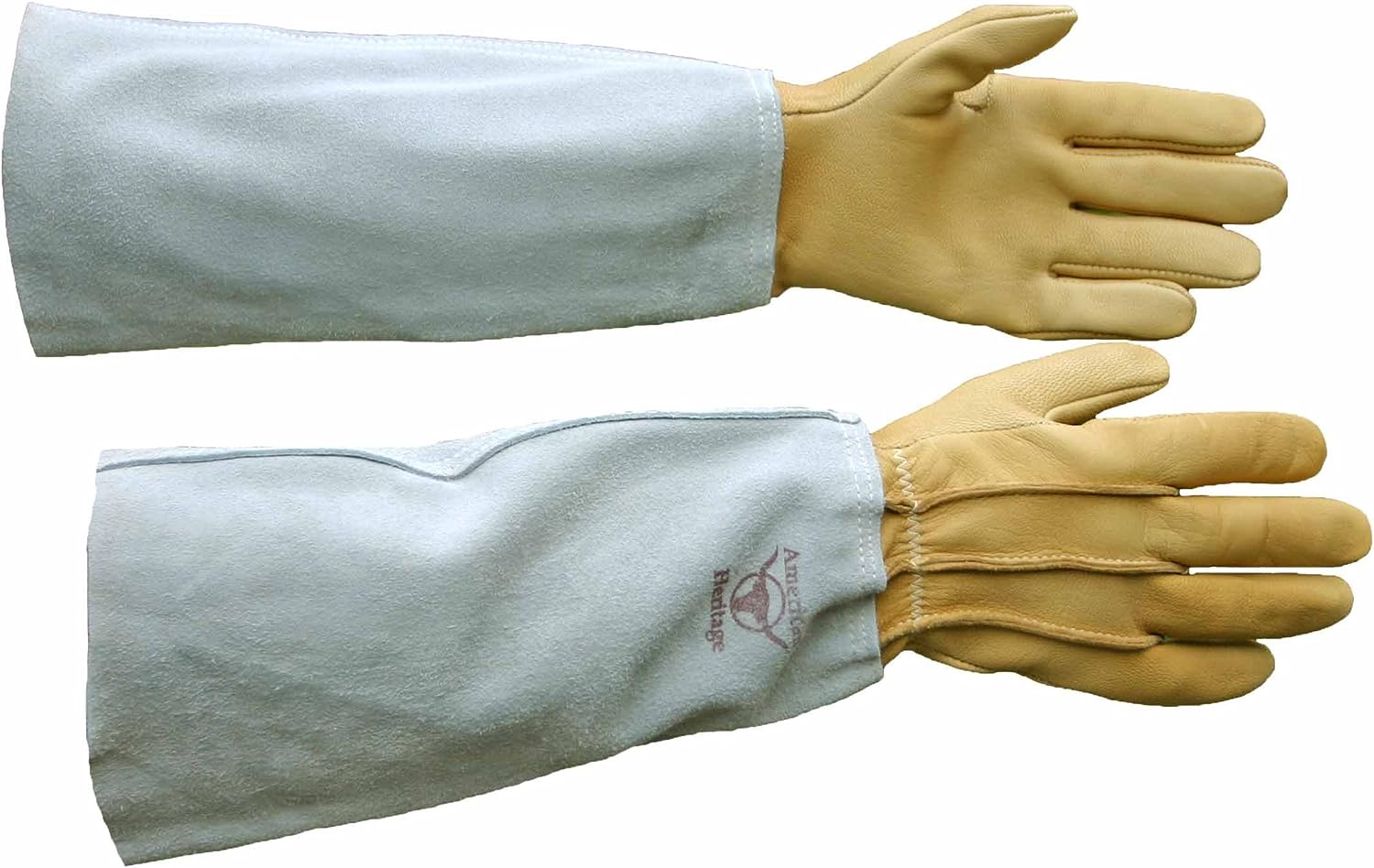 You'll never have to worry again about your hands and arms when pruning your Rose Bushes or Berry Vines - not as long as you're wearing your "Protector" Rose Pruning Gauntlet Gloves from American Heritage. Yes, they're made right here in the USA-something very few companies can say. These beautiful gloves are made from soft, yet durable goatskin long considered by the experts to be the longest wearing and have the best puncture resistance of any natural material. You get real protection - The 12" gauntlets protect your whole forearm, not just part of it and are made from split cowhide that's just stiff enough to stay in place but soft enough to flex with your arm to make working with these gloves a real pleasure. Here's a growing list of what our customers are using them for - Pruning Roses - Attacking Berry Vines - Trimming Brush - Working with Barbed Wire - Bee Keeping - Citrus Pruning and Picking - Working with Cactus - Carrying in Fire Wood - MIG/TIG Welding - Operating Gas Driven Weedeaters - Logging - Repairing Fences - Falconry. If you're tired of having your arms scratched and scarred, you need the Protector gauntlet gloves!