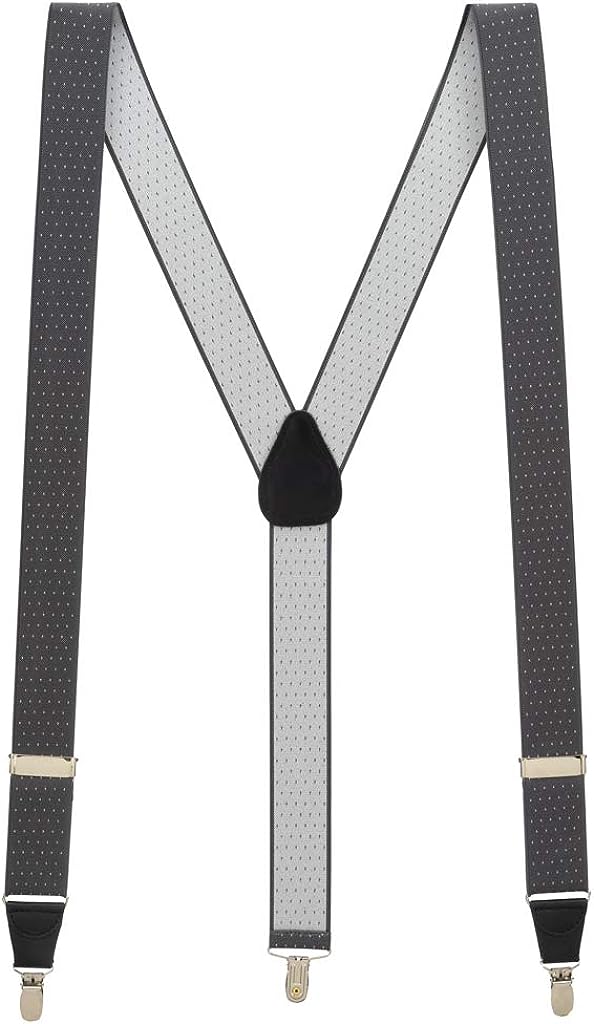 A pair of distinguished pin dot suspenders will have you looking your best at a price you can afford. Offered in an assortment of classic colors, these 1 3/8-inch wide elastic drop-clip suspenders are woven with a subtle pin dot design. The Black, Burgundy, Grey amp; Navy suspenders have white pin dots, while the Red amp; Tan suspenders have navy blue pin dots. All colors are trimmed with genuine leather drop clip attachments and a matching leather crosspatch on a Y-back. The Black, Grey amp; Red suspenders are trimmed with black leather and the Burgundy, Navy amp; Tan suspenders are made with a rich, dark brown leather. Polished nickel size adjusters allow for fine tuning the fit, and we offer these in 2 sizes.